There was a man that came to Amazon rainforest called by the spirits of the rivers. They appeared to him in visions during an ayahuasca ceremony and told him to construct a floating Pyramid. It was meant to be an incredible creation that would symbolize a new path of good and love for the forest. The man, following the visions, found a place near the river, and started the construction, using wood and natural elements.

The pyramid was magnificent. At the top, a golden Tao symbol reflected the sunlight like a lighthouse. It had a central building, where sacred ceremonies took place, and was also the only home of this man. Day after day he woke up and continued the hard labour of constructing a pyramid of 25 Mt per side, making it light enough to float in the currents. The spirits of the water gave him his blessing and sent myriads of tiny colourful fish that inhabited the flooded border of the pyramid.

But one day, the spirits of the wind, jealous of the integrity and devotion of his path, created a wind storm that blew away the floating pyramid, crushing it against the riverbank and then sinking it at the bottom of the dark waters. The man escaped back to his country,  sad and confused by the loss, asking the meaning of these events and questioning himself if anything he saw in visions was even true.

What he didn’t know at that time is that he constructed, not a building for men, but a temple for the spirits that live on the Amazonian rivers. Since then, many sailors say they have seen a golden floating pyramid, appearing and disappearing on the flow of the river briefly after a storm. They say it’s magic, home to pink dolphin-men and mermaids. They even say that it’s a portal between this world and the parallel world that exists at the bottom of the Amazonas river.

Do you know how I know all of this? because this is all true. I saw it with my own eyes.

Visit this artwork on my Online Art Gallery 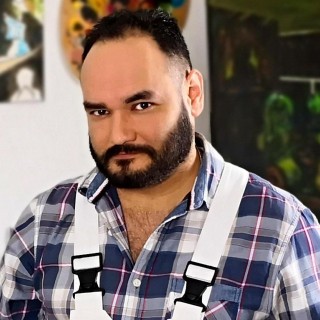 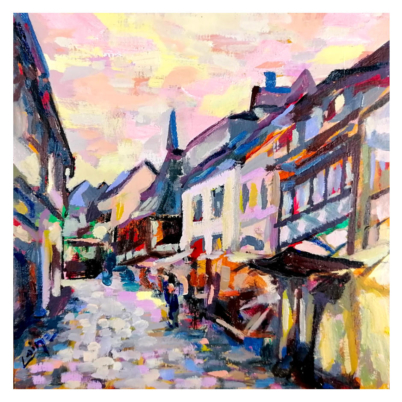 Arturo Laime 2018 In a sea of forgetfulness
Scroll to top

Dear friend, this site uses cookies. By continuing to browse the site, you are agreeing to our use of cookies.

We may request cookies to be set on your device. We use cookies to let us know when you visit our websites, how you interact with us, to enrich your user experience, and to customize your relationship with our website.

Click on the different category headings to find out more. You can also change some of your preferences. Note that blocking some types of cookies may impact your experience on our websites and the services we are able to offer.

These cookies are strictly necessary to provide you with services available through our website and to use some of its features.

Because these cookies are strictly necessary to deliver the website, refuseing them will have impact how our site functions. You always can block or delete cookies by changing your browser settings and force blocking all cookies on this website. But this will always prompt you to accept/refuse cookies when revisiting our site.

We fully respect if you want to refuse cookies but to avoid asking you again and again kindly allow us to store a cookie for that. You are free to opt out any time or opt in for other cookies to get a better experience. If you refuse cookies we will remove all set cookies in our domain.

We provide you with a list of stored cookies on your computer in our domain so you can check what we stored. Due to security reasons we are not able to show or modify cookies from other domains. You can check these in your browser security settings.

These cookies collect information that is used either in aggregate form to help us understand how our website is being used or how effective our marketing campaigns are, or to help us customize our website and application for you in order to enhance your experience.

If you do not want that we track your visit to our site you can disable tracking in your browser here:

We also use different external services like Google Webfonts, Google Maps, and external Video providers. Since these providers may collect personal data like your IP address we allow you to block them here. Please be aware that this might heavily reduce the functionality and appearance of our site. Changes will take effect once you reload the page.

The following cookies are also needed - You can choose if you want to allow them: